One of the most well-known and visited places in Romania is Curtea de Arges Monastery, located in Arges County, approximately 160 km (100 miles) from Bucharest.

The monastery, built in the 16th century, sits at the end of an alley bordered by old lime trees, and invites you into a reality that seems taken from another world which beckons you to meditate and relax your soul and mind.

Curtea de Arges Monastery is emblemtic for the entire county and its genesis is based on a series of legends out of which Manole's Builder legend is the most famous.

The legend refers to Manole the Master Builder and his team of stonemasons, who were charged by a local prince to build the most majestic monastery. However, the construction was not moving forward, because at night, all the work done during the day would magically crumble. Manole then had a dream, which told that they would not be able to build the monastery until "We decide/ To wall in/ The first wife,/ The first sister/ That shows up/ Tomorrow at dawn".

The unlucky one was Manole himself, whose pregnant wife Ana came to see him, in spite of having to brave the rain and wind meant to turn her away at Manole’s behest. Thus, Manole is forced to wall Ana in, and after this terrible sacrifice, the construction of the monastery was finished with no further impediments. Transcending the myth to reality, the exterior wall actually has a mark indicating the spot where Ana was casted.

The magnifique monastery is also known for being the burial place of the Romanian kings and queens. 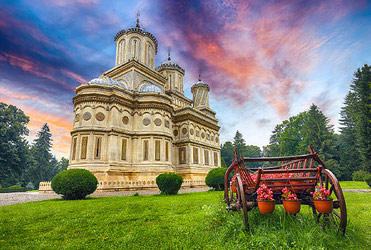 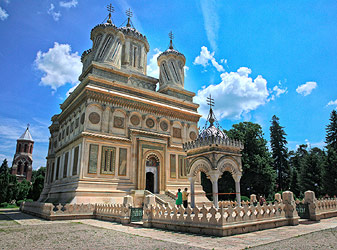 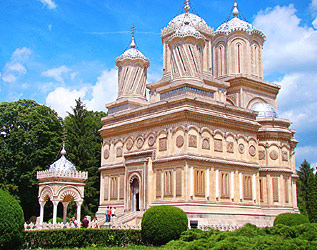 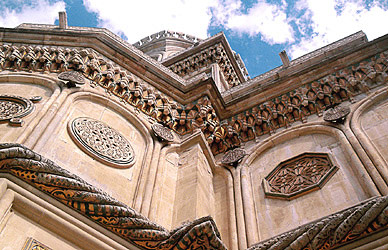 Curtea de Arges Monastery can be seen via:

On the road: Transfagarasan tour / 2 days